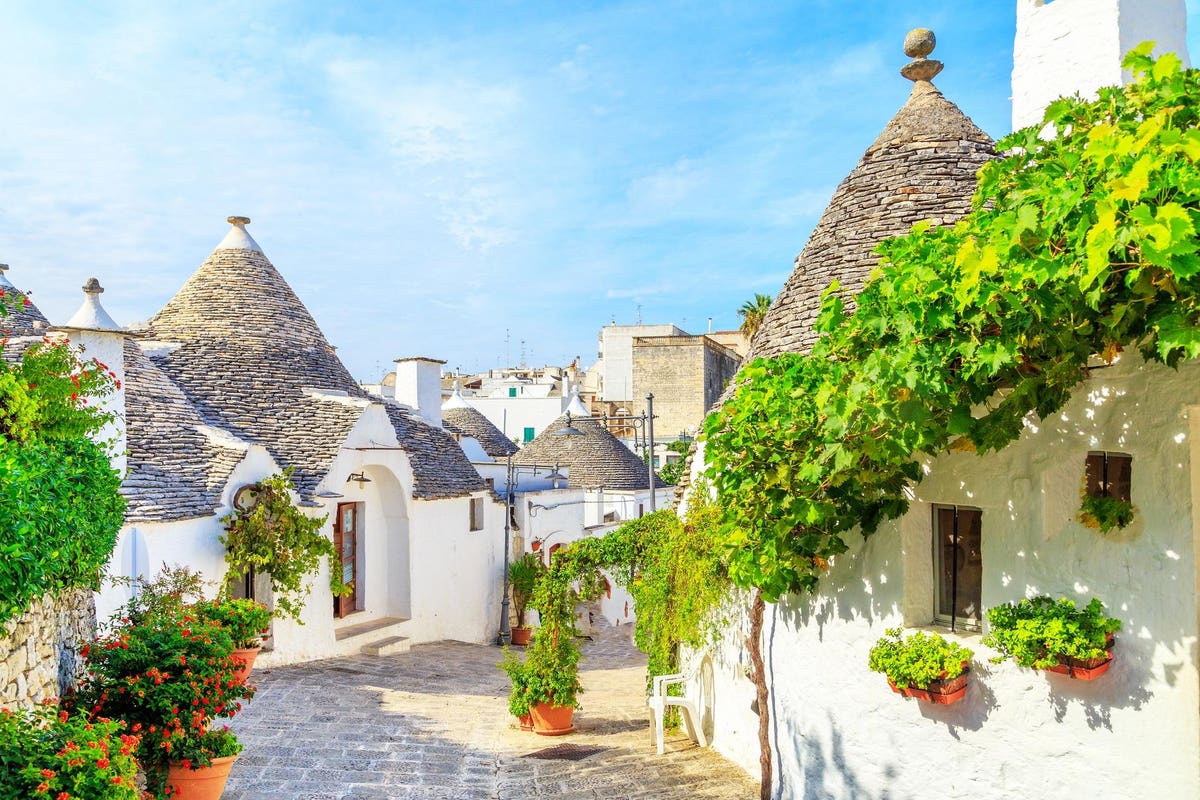 Southern Italy has some of the most beautiful beaches in the country dotting its scenic coastlines. It also offers iconic archaeological and historical sites, mouth-watering regional cuisine, and the promise of warm weather for much of the year.

The ancestors of many Americans and Canadians came from the southern regions of Italy, including Abruzzo, Puglia, Basilicata, Calabria, Campania, Molise, and the islands of Sicily and Sardinia.

Travel writer and broadcast journalist Rick Steves said“If you like Italy as far south as Rome, go further south because it’s better. But if Italy gets on your nerves by the time you get to Rome, don’t go any further south, it gets worse. Italy intensifies as you dive deeper.

The following new hotel openings will give tourists one more reason to head south on their next trip to Italy:

After being abandoned for more than 100 years, entrepreneur Steve Riseley acquired Elvira Castle and spent three years transforming it into a luxury residence. Set in 37 hectares of private parkland, the property offers stunning views of the region, including citrus and olive orchards.

The chateau will have four en-suite guest rooms, two of which will have a lounge area. Two additional guest rooms are located in a neighboring caretaker’s house. Amenities include a swimming pool, a 12-person Jacuzzi, a rooftop aperitif bar and an on-site cafe serving Cucina Povera Salentina cuisine prepared with local ingredients.

Riseley has worked closely with architects Filotico & Partner and a team of specialized craftsmen to restore the castle. The design retains many of the castle’s original features while introducing new elements that respect its fairytale past. The property will also feature numerous works of art, including a selection of new pieces from Riseley’s artist-husband, Harvey B-Brown’s. Adored and adorned collection.

Borgo Santandrea is the first new luxury hotel to open on the Amalfi Coast in 15 years. Built on a cliff with magnificent views of the Tyrrhenian Sea and the fishing hamlet of Conca dei Marini, it has a private beach, jetty and seaside swimming pool.

The Conrad Chia Laguna Sardinia is the luxury brand’s first hotel in Italy (Sardinia is the second-largest island in the Mediterranean.) The resort is surrounded by sand dunes and coastal flora and fauna. Located just steps from the turquoise waters, guests enjoy free access to the private and reserved VIP areas of Cogoni Beach.

The rooms, suites, restaurants, and pools at this 107-room resort offer panoramic views of the bay and lagoon. Studio Marco Piva from Milan has decorated the rooms with natural fabrics and soothing shades of green and blue, combining modern design with local indigenous materials. The welcoming lobby features wall coverings in traditional Sardinian fabrics and furniture decorated with nautical ropes.

The 40 rooms and suites of the Baglioni Masseria Muzzathe newest property of Baglioni Hotels and Resorts, are bright and airy. This traditional whitewashed limestone masseria (farmhouse) dates back to the 17th century. Located just a few minutes from the coastal town of Otranto and the sea of ​​Salento, it is nestled in the countryside among five hectares of olive trees and Mediterranean flora.

Bathed in natural colours, the spacious rooms are decorated in a traditional Puglia style that combines relaxation and elegance. With a specialized kids’ club and dedicated kids’ pool, the resort is ready to attract families. Parents will enjoy relaxing at the Baglioni Spa (with steam bath, indoor swimming pool, Finnish sauna, sensory showers, etc.) or playing a round of golf at the Acaya Golf Club, one of the most picturesque in Italy. The journey to the nearby Baroque city of Lecce takes around half an hour.

Everyone will enjoy meeting up for meals at one of the property’s three restaurants, which serve authentic, locally sourced Puglia cuisine. Sipping an aperitif at sunset or an after-dinner cocktail at the Limonaia Bar is the perfect way to end the day.

Opening scheduled for May 2022

the San Domenico Palace, a Four Seasons Hotel sits on a rocky promontory above the Ionian Sea in Taormina, on the eastern coast of Sicily. The site offers panoramic views of Mount Etna and the Teatro Antico di Taormina, an ancient Greco-Roman theater still in use today. The hotel was once a 14th century Dominican convent. an additional wing of the Grand Hotel was added in 1896. Rooms and public areas feature original architectural and artistic treasures.

The property has 111 rooms and suites; many have sea-view terraces. Specialty suites are perfect for families or groups of friends, offering separate living and sleeping areas. In addition to dining at Principe Cerami, the hotel’s signature restaurant helmed by chef Massimo Mantarro, guests can arrange 24-hour in-room dining or enjoy Mediterranean seafood on the pool deck at Anciovi.

The hotel offers a selection of “Only in Sicily” experiences to allow guests to discover the authentic character of the island, including hikes on Mount Etna, lunch at a winery or a visit to the medieval village of Castiglione from Sicily.

Isle: Capri (off Naples, accessible by ferry, hydrofoil or helicopter)

The original Locanda Pagano, the first and oldest hotel on the island, dates back to 1822. Oetker Collection and the owners, Reuben Brothers, are transforming this exclusive property, reducing the number of units from 80 to 50 rooms. Each of the rooms, including 18 suites, will have its own private balcony or terrace.

The iconic property is located in the heart of Capri, just around the corner from Piazza Umberto I (known as Piazzetta) and close to must-see natural attractions like the Blue Grotto. Noted designer Francois Sultane will redesign the interior of the rooms (as well as the hotel lobby, restaurants, swimming pool and spa) in collaboration with Francesco Delogu of Architecture Delogu and a team of Italian artisans and local artisans.

Gennaro’s restaurant, bar and terrace will be led by chef Gennaro Esposito who owned a two-star Michelin restaurant, Torre del Saracino, for more than two decades. The hotel’s La Palma beach club and its famous beaches are located in Marina Piccola, a short drive from the hotel.

The best hotels in Tenerife: Five-star hotels and children’s resorts