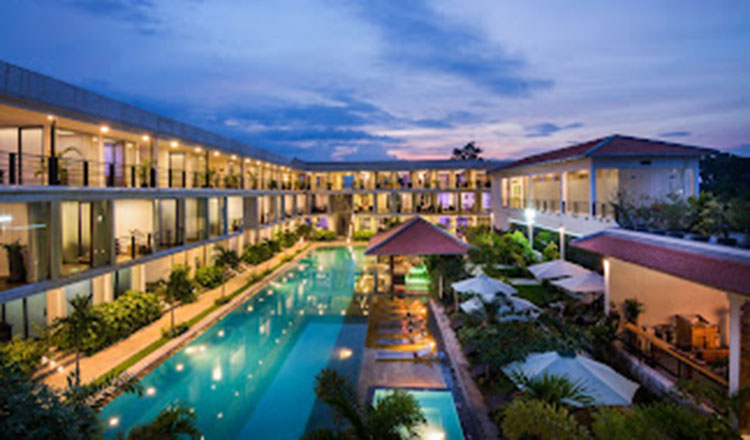 Mystery surrounds three hotels in Siem Reap ranked among the ten cheapest five-star hotels in the world by a prestigious American travel magazine.

The three hotels – Grand Venus La Residence, Grand Elysee La Residence, and the 15-room Angkor Aurora – were number eight, nine, and ten respectively on a list titled “These 10 Five-Star Hotels Around The World Cost Less Than $ 40 Per Night.”

The three hotels all quoted a nightly price of $ 39, and the list was published by the New York-based monthly. Travel + Leisure magazine on September 30 and the publication noted that each hotel featured “has been independently selected and reviewed by our editorial team.”

How the magazine found the three relatively obscure small hotels that are dotted around Siem Reap is also a bit of a mystery.

But the real mystery is how these hotels deliver five-star service at incredibly low rates, a mystery that baffles Siem Reap hotel experts, and as one hotel owner put it, â€œSomething is wrong. – at $ 39 a night, these hotels cannot be five stars. . “

But Samreth Narong aka Johnny, the CEO of the Odomreach Enterprise management organization that oversees hotels and provides centralized expertise and facilities, disagrees.

â€œThe reason we got five stars is because we provided full facilities and full services,â€ he says, noting that good staff also helped keep costs down. â€œThank you to my team for their contribution,â€ he adds. â€œWithout them we wouldn’t be what we are now. “

But even before its publication, the Travel + Leisure article was out of date as hotels, hit hard by the double whammy of disruptive roadworks and pandemics, have shut down and shut, downsized services, shut down websites abandoning the notion. to attract international customers and instead of promoting a domestic Khmer clientele, by transforming the hotel’s Facebook pages into a predominantly Khmer language.

Samreth Narong, with two university degrees – in education and economics – began his career in Phnom Penh in August 2010 as an enumerator for the Cambodia Economic Institute. In June 2011, he became Editor-in-Chief of Complete SEO Solutions, and in October 2011, he also became Team Leader of Sophy Santhana Internet Marketing Service.

In August 2016, he helped establish Odomreach Enterprises, as a leading hotel management company, and before the pandemic it employed around 200 people and had four hotels on its books – all three listed in Travel + Leisure and Angkor. Elysium Suite.

â€œFrom my personal point of view, I opened these small shops based on locations and market segments.

â€œTechnically everything is managed by the central office and we have a manager on site to be responsible for the individual single owner properties. “

â€œNow we don’t offer full services and facilities, and now we offer rooms only without breakfast. I have removed all websites and other material related to international guests and now we are focusing on locals.

He added that an additional complication in Siem Reap is the chaos caused by seemingly endless road works.

â€œSometimes we can only open properties or have to close everything because of this road construction going on,â€ he says. “And as for Covid, I really don’t like it.”