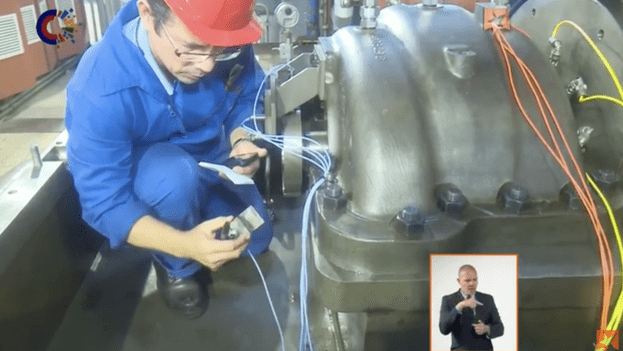 Priorities: ‘There is no money’ to fix thermoelectric plants in Cuba, but there is a lot to invest in luxury hotels

HAVANA TIMES – The panorama of Cuba’s national electricity system offered by officials who appeared on state television’s Roundtable on Wednesday is abysmal and, from what they said, will be for many more month. The Minister of Energy and Mines himself, Liván Arronte Cruz, declared that its maintenance “is expensive” – ​​the installation of a megawatt (MW) of new electricity, he explained, costs between a million and 1.6 million dollars – and “it is not possible to insure everything.”

After the minister’s speech, Edier Guzmán Pacheco, director of thermal production of the Electric Union of Cuba (UNE), explained which blocks or units are out of service and how much it will cost to recover them. Adding up the figures provided by the official, the amount would be between $245 million and $265 million.

Specifically, Guzmán Pacheco explained that the island has “20 thermal blocks” of which only 16 are available. “We lost four production blocks, many of them due to major outages,” he said.

These lost units are Blocks 6 and 7 of the Máximo Gómez (CTE) thermoelectric plant in Mariel; block 2 of the Lidio Ramón Pérez CTE, in Felton, in the Holguin municipality of Mayarí, and block 4 of the Diez de Octubre factory, in Nuevitas (Camagüey), precisely where the latest protests took place.

At the Mariel plant, unit 7 burned down on March 7 and the fire affected unit 6, which was only six months old. To reassemble turbine 7, admitted Guzmán Pacheco, “we don’t have the funding”, between 90 and 100 million dollars, he specified.

Another fire on July 8 also destroyed Unit 2 in Felton, for which the government has a budget of $55 million. “We don’t have that funding at the moment,” the official repeated.

Felton is also undergoing major maintenance, authorities reported on the program, and the estimated time for full recovery will be, they said, “no less than a year.”

As for block 4 of Nuevitas, it will be the first to be ready, “in 40 days”, said Guzmán Pacheco, despite the fact that, at the same time, the “100 or 110 million euros” that the repair costs are “also an amount that we don’t have… We are looking at funding options, looking at credit options that allow us to make this block work,” he said.

If the 20 blocks worked, explained the director of the UNE, they would supply a total of 2,608 MW to the electrical system. With the four breakdowns, they give 2,042 MW. However, these are not constant either, “due to breakdowns and maintenance”.

Since yesterday, for example, block 2 of Ernesto Guevara CTE, in Santa Cruz del Norte (Mayabeque), has been damaged, and blocks 3 of Antonio Maceo, known as Renté, in Santiago de Cuba, and 1 of Felton, have been “under maintenance.”

No wonder, if we take into account this other figure provided to the program of the Round Table: the average age of Cuban power plants exceeds 35 years.

As usual, officials again blamed the situation on the US embargo. “Due to funding limitations and the economic seat of the blockade, we cannot count on the continued participation of technical assistance that allows us to assimilate this technology,” Guzmán Pacheco said.

However, the lack of money for the repair of thermoelectric plants, some of which, they admitted, have not been maintained for a decade, contrasts with the financing of five-star hotels, the construction of which does not stop.

According to architects’ estimates, the cost per room in a five-star hotel is 200,000 euros. In other words, an establishment like the 250-room Royalton Habana would have had a construction cost of 50 million, and a 100-room hotel, 20 million.

As for El Vedado’s controversial Tower K – also called “Tower López-Calleja” because it is the work of the military conglomerate Gaesa, commissioned until its recent death by the former son-in-law of Raúl Castro – some specialists have ventured its cost to a minimum price of 200 million dollars; that is, almost the equivalent of the total investment needed to repair and modernize all the thermoelectric plants.

New luxury hotels are taking off in Bangkok