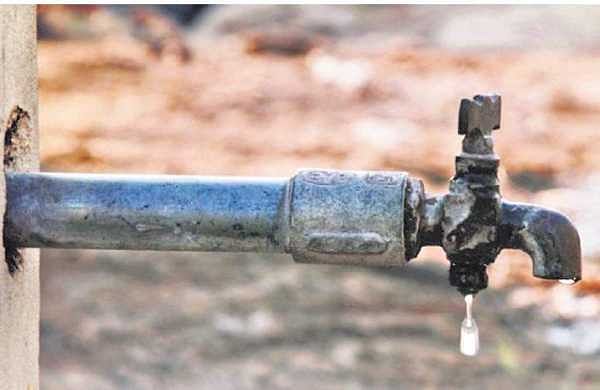 The next time you complain about a dead water drain in a five-star hotel toilet, or if a polite request is kept at your bedside to at least reuse towels and sheets, instead of judging the service standards of the place, take a moment to thank them for doing your part to save water.

When pictures and images of people fighting for water in Chennai surfaced in newspapers and broadcasters, the grim reality was not lost on the nation’s capital.

According to a report by Niti Aayog, Delhi’s groundwater is depleting at a staggering rate of 10cm/year, which is likely to leave it high and literally dry by 2020 when it will run out of water underground.

The urgency to save the elixir of life has never been felt so clearly before, and the hospitality industry which at first will cut an image of pure waste with its vast swimming pools, ornate fountains gushing from a large amount of water, embraces the need for its conservation.

Both the Taj Palace and the Imperial have installed faucet aerators in the lobby and guest bathrooms respectively to regulate water flow.

Aerators are small accessories that control the amount of water flowing through the faucet. The aerator acts like a sieve, separating a single stream of water into several small streams that introduce air into the water stream.

Also, since there is less space for the water to flow through, the flow rate is reduced, resulting in water savings.

“The water pressure being maintained, the customer does not feel any difference. Installing these faucet aerators has reduced the water flow from each of our faucets by 80-85%,” says Rothin Banerjee, Engineering Manager, Taj Palace.

Both properties have also implemented a rainwater harvesting program as well as the reuse of wastewater to water their gardens and plants. Habitat World at India Habitat Center has set up a sewage treatment plant (STP) to treat 300 kilo liters per day (kld) sewage.

The treated water is recycled for horticultural purposes and the waste sold treated is used as manure.

Suman Majumdar, Director of Engineering, Hyatt Regency, Delhi shares, “We recycle 100% of the water used in the hotel through the STP. In 2017, we connected all of our plumbing wells to collect water from the air conditioner condenser into a centralized tank for reuse. We have three active rainwater collection pits. Along with them, we also supply our recycled water to the New Delhi Municipal Corporation for public gardening purposes. »

The hotel has also reduced water usage in guest bathrooms with specially designed showerheads and has waterless urinals in the lobby restrooms.

“Water conservation in the hospitality industry is a game-changer because it not only helps a hotel’s profitability, but also contributes to the sustainability of operations,” says Halim Ahamad Siddiqui, Director of Engineering for The Westin Gurgaon New Delhi, which has dual flush cisterns, sensor faucets and urinals in washrooms in public areas.

Water recycled using the STP plant is reused in cisterns and garden watering.

Both the Taj Palace and the Imperial have installed faucet aerators in the lobby and guest bathrooms to regulate water flow.

Aerators are small accessories that control the amount of water flowing through faucets.

The aerator acts like a sieve, separating a single stream of water into several small streams that introduce air into the water stream.

Zurich’s five-star hotels, a myriad of dining options and the required raclette