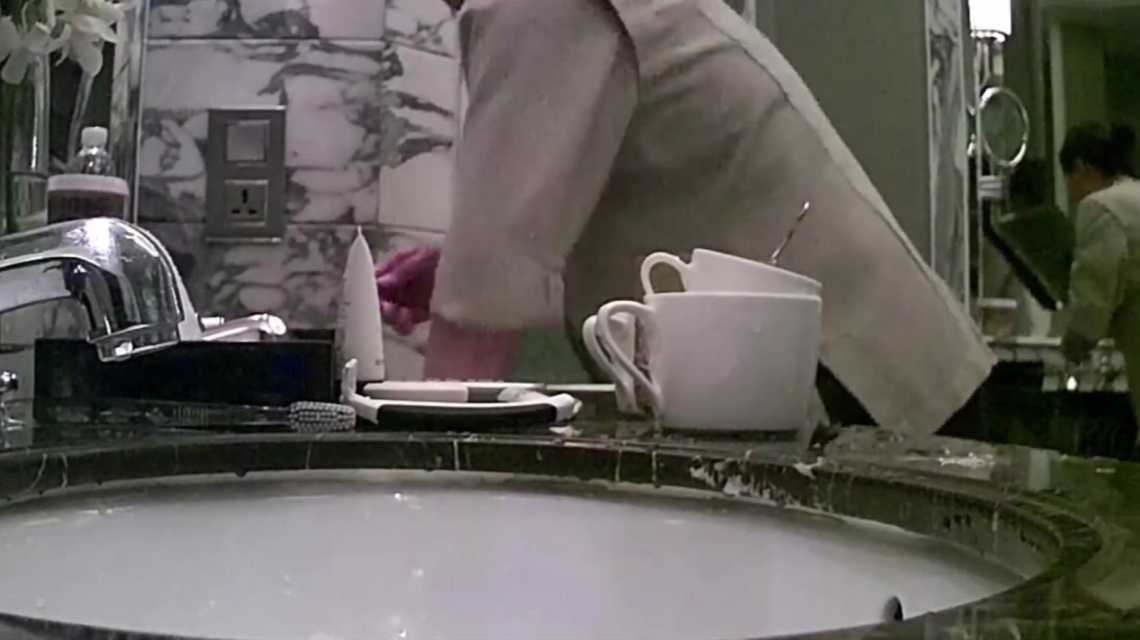 Five-star hotels get a ‘clean-up’ call

At least eight major international hotels, including five from Shanghai, apologized yesterday after their unhygienic room cleaning practices in China were exposed online.

A blogger with the pseudonym “Huazong” posted the 11-minute video on Wednesday night on his Weibo social media account. It had been shared 78,000 times yesterday afternoon, prompting authorities to act.

The video shows cleaners wiping down mugs and sinks with dirty towels and sponges. Some use the same towel to wipe down the toilet seat, while others could be seen soaking cups in shampoo!

The video contained footage of 15 luxury hotels, including seven in Shanghai.

Waldorf Astoria Shanghai said it has taken action and launched an investigation to ensure that all hygiene and cleaning operations meet national health management standards. He also apologized in a statement.

Mandarin Oriental Pudong also apologized and said it had conducted a thorough investigation and also acted on the findings. The hotel said it does not condone any improper cleaning practices by its room attendants.

The Ritz-Carlton Shanghai said in a statement it had initiated self-checks and an investigation found the room attendant in the video had received training on room cleaning standards and procedures, but did not still hadn’t done his job properly.

The hotel apologized and said it would re-arrange the training to ensure standards are strictly adhered to and would also tighten room controls.

Four Seasons also issued an apology saying it would improve training and supervision to ensure workers adhere to regulations and workplace service standards. An investigation is underway, the statement said.

Shangri-La Hotel in Fuzhou said the actions in the video breached its hygiene standards, while Park Hyatt in Beijing said it was an isolated event.

Le Royal Méridien said it would take steps, such as training, improving procedures and management, to ensure the cleaning standards are implemented.

Properties from the Hilton and Marriott group were among the 15 luxury hotels included in the video.

The Shanghai Health Inspection Agency, which reports to the Shanghai Tourism Administration, said it had ordered inspection authorities in Jing’an and Huangpu districts and Pudong New Area to investigate the hotels featured in the video.

Beijing tourism authorities also issued a statement asking hotels to verify and rectify their practices. He added that he had asked the Beijing health commission to carry out health inspections of four of the hotels named in the video.

The video, which was reportedly shot over two months, also shows luxury hotels in Nanjing and Nanchang engaging in similar practices.

The Shanghai Tourism Administration said if the video was confirmed, it would impose severe penalties on the hotels involved.

He said he would advise authorities assessing the star rating of hotels to toughen their rating criteria.

A Bvlgari Hotel Shanghai cleaner was found using a disposable plastic cup lid from a trash can and repeatedly using it after wiping it down with a t-shirt. The cleaner also wiped down the glass and the sink with a used towel.

A staff member at the Four Seasons Hotel Shanghai used the same sponge used in the bathroom to clean the sinks and glass. The cleaner also used a dirty towel to clean the basins and cups.

Mugs were soaked in shampoo and a bath towel was used to mop the floor and wipe the glass in the bathroom at the Ritz-Carlton Shanghai.

Shanghai’s PuLi Hotel and Spa also appears in the video.

“It’s really disgusting,” said Lydia Qian, who works at an advertising agency and often travels on business. “I carry my own towels, but now it seems I have to carry my own cups too.

“I just can’t imagine such things happening in five-star hotels,” she added.

Cindy Yu, a former public relations manager at a five-star hotel, said she carries her own “sanitizer when staying in hotels”.

“I think luxury hotels should learn a lesson and educate their staff after this incident.”

“Some room attendants just spray water and flatten the quilts if there’s no obvious dirt or stains,” said Yi Xin, who has worked at a five-star hotel for more than 20 years. of five years.

Wang Li, who has experience working in a five-star hotel, said when hotels receive a large number of tour groups, cleaning procedures are sometimes ignored. Hotels do not clean beds or toilets unless necessary.

Huang Tiemin, an official with the Shanghai Tourism Trade Association, blamed labor intensity, hotels’ pursuit of quick cleaning rather than the quality and low pay of cleaners for the scandal.