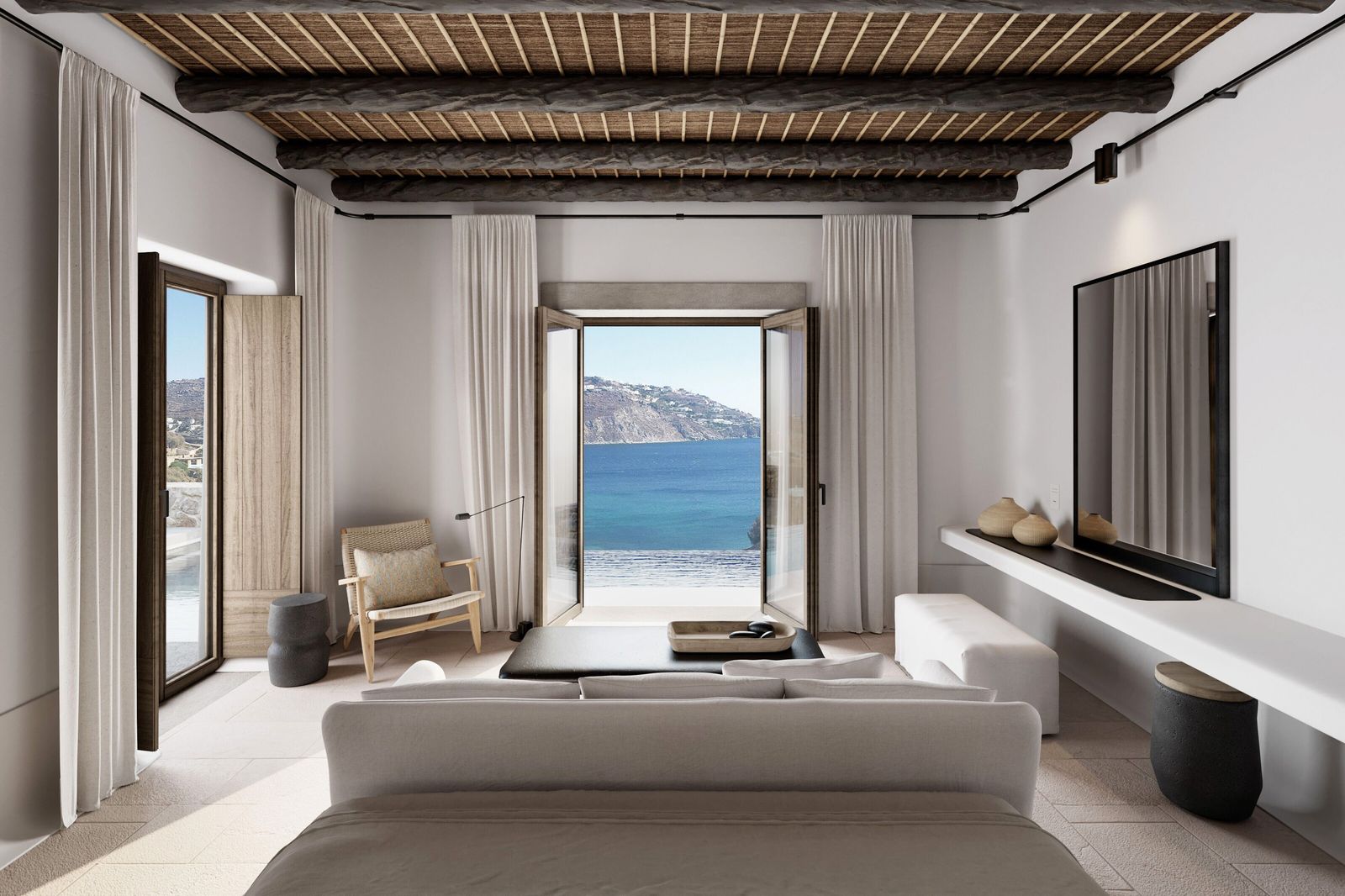 Four of the best ultra-luxury hotels in Mykonos for 2022

Cali Mykonos
Ready to really get away from it all and pay for the privilege? Step into Cali Mykonos, which unveils its private stretch of Kalafati Beach in the quiet southeast of the island in July. Forty villas boast a sprawling 110-meter infinity pool above, but if it’s privacy you’re after, each has its own plunge pool too. The sea view from your villa is of course guaranteed. From €950 (£792), room only.

Destiny Pasha
Exactly, it’s the Pacha, Ibiza’s famous nightclub. This Mykonos outpost, which opened in 2021, is the group’s first establishment outside Spain. Combining the soundtrack of Pacha with the party vibe of Mykonos, it’s a place for poolside DJ sets and cabaret dinners, plus 34 bohemian rooms with lots of rattan and woven straw details. From €360 (£300).

Kalesma Mykonos
What looks like a Cycladic hamlet rolling down the hillside of the southwestern peninsula of Mykonos is actually an all-suites and villas hotel. Privileged views abound from every room, and the villas really make the most of it, with outdoor kitchens and private plunge pools. The look is a Greek island makeover, with lots of neutrals and dark woods adding five-star flair to a classic white palette. From €1,450 (£1,209).