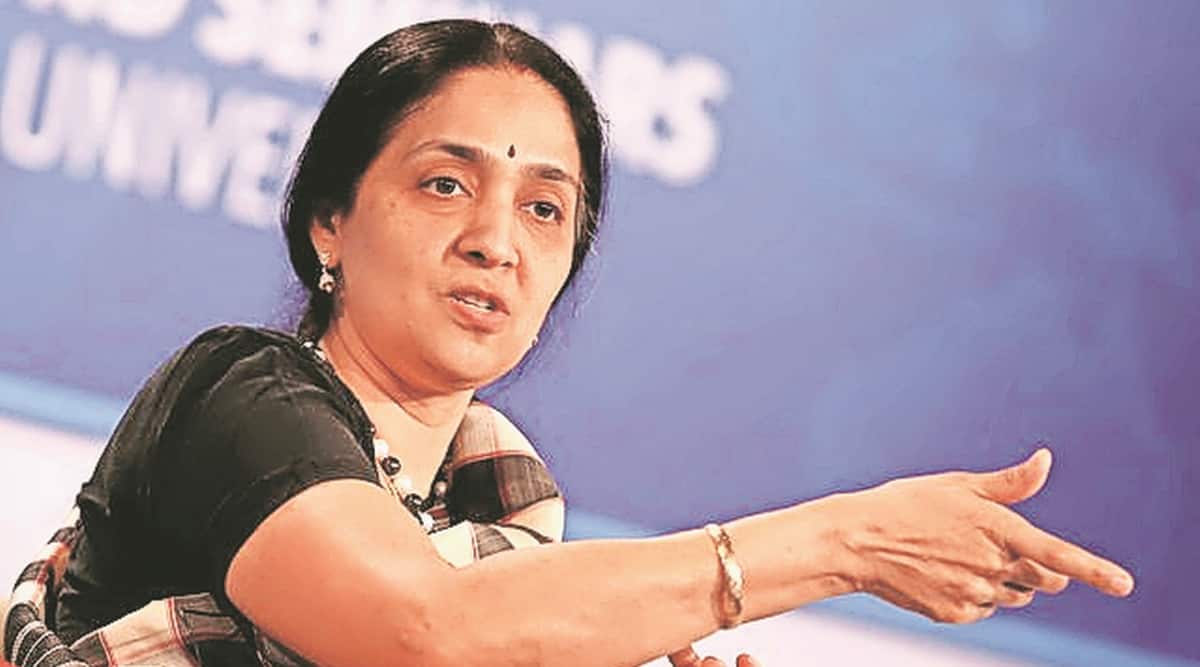 Geotagged images with location just 13 meters from the Chennai residence of Anand Subramanian, the former Chief Operating Officer of the National Stock Exchange (NSE) group, a hotel booking by the “Yogi of the Himalayas” for which payments were made by Subramanian, attachments to emails from the “Yogi” edited by Subramanian minutes before they were sent, and similarity of phrases used in communications by the “Yogi” and the Subramanian.

This is part of the evidence an Ernst & Young investigation cited to indicate that the mystical “Himalayan Yogi” to whom former NSE Managing Director and CEO Chitra Ramkrishna allegedly leaked confidential information about the market, was none other than Subramanian.

Thursday, Subramanian was arrested by the CBI in connection with a stock market manipulation case in 2018. Subramanian’s arrest came following a report by the Securities and Exchange Board of India (SEBI) which charged Ramkrishna on Appointment of Subramanian as Chief Operating Officer of NSE Group in violation of the rules, and for sharing confidential ESN information with the “Himalayan Yogi”, who contacted her via email [email protected]

The SEBI report also mentioned that E&Y’s investigation of the email id strongly indicated that the “Himalayan Yogi” was himself Subramanian.

The CBI, which won custody of Subramanian until March 6, is in possession of the E&Y report. He will verify these findings with Subramanian in the coming days.

E&Y’s findings were based on an analysis of communications between Ramakrishna, Subramanian and the “Yogi of the Himalayas” between January 2000 and May 2018. Ramkrishna was MD and CEO of NSE from April 2013 to December 2016, and had named Subramanian during the same period. .

The strongest indication that the E&Y has cited for the “Himalayan yogi” to be none other than Subramanian is two geotagged images attached in emails sent using the handle [email protected] The location of these geotagged images turned out to be close to Subramanian’s residence in Chennai.

According to the report, 17 emails with attachments were analyzed by E&Y. Of these attachments, eight were images. “…we observed that 2 images (corresponding to 2 emails) had been geotagged and the location appeared to be close to the residential address of Subbu (Subramanian) in Chennai,” the report said.

Separately, E&Y performed the same check on two emails with attached images sent by Subramanian from his official email ID in Ramkrishna.

“According to Subbu’s bank statement, a transaction dated 27th November 2015 amounting to INR 237,984 to ‘Umaid Bhawan Palace’ was noted,” the report said.

E&Y also analyzed the Skype profile used on Subramanian’s NSE desktop. It was observed that the shared desktop had a “sanand” user profile for Subramanian. Examination of desktop data for Windows profile “sanand” revealed that Skype accounts named “anand.subramanian9” and “siromani.10” were configured in the Skype application database.

“Skype account with user profile name “sironmani.10” was linked to email id [email protected] and mobile number +9191675774 12 (this number was assigned to Subbu by NSE) “, says the report.

E&Y also concluded that the language used in “siromani.10″‘s Skype discussions with Ramkrishna was similar to that used in [email protected]’s communication to Ramkrishna.

Also in several emails, [email protected] and Subramanian use similar expressions such as “toe the line” and “Ashirvadham” in Ramkrishna. In some emails – from non-NSE to Subramanian – E&Y observed that he was referred to as “God” or “Swamy” whose blessings were sought. In two emails, Subramanian said the “Himalayan yogi” had met two NSE employees. However, these employees said they did not meet anyone other than Subramanian and Ramkrishna in connection with these meetings.

Analysis of nine emails sent by [email protected] with attached Word/Excel documents revealed that eight of them were “last edited by” Subramanian or he was “the author”.