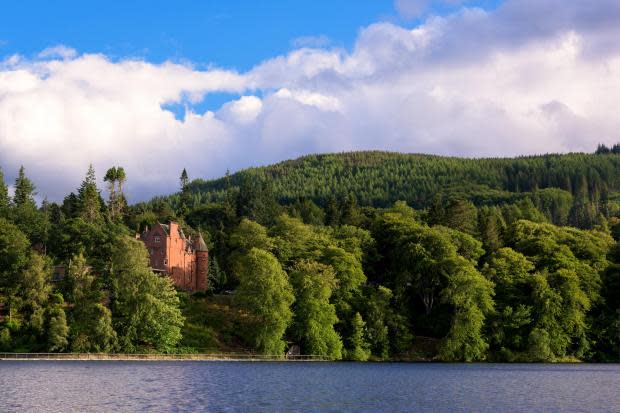 A HISTORIC castle and hotel described as one of the finest in Scotland has been sold for an undisclosed sum, agents have said.

Savills, on behalf of a private client, said it had completed the sale of Fonab Castle in Pitlochry, located 26 miles north of Perth, to Fonab SPV.

The five-star luxury hotel and spa resort with gourmet restaurant is set in an 11-acre rural estate.

The property is a Grade B listed Scottish baronial mansion, dating from 1892, with a significant estate having been owned by wealthy merchants and also operated as a British Red Cross auxiliary hospital treating wounded soldiers during the First World War.

The property is in a “very accessible but semi-rural” location and surrounded by mountains, woods and the Tummel River, the agent said.

It has 43 individually decorated rooms and suites, some with exceptional period features and breathtaking views. The property also benefits from a bespoke spa and a gourmet restaurant awarded 3 AA rosettes.

The agent described the premises as ‘one of the finest five star hotels in Scotland’.

Steven Fyfe, associate director in the hotel capital markets The Savills Glasgow team said: “We are delighted to complete the sale of Fonab Castle on behalf of the owners, which offers a truly remarkable luxury Scottish experience.

“We look forward to seeing buyers Business plan is taking shape. Pitlochry is a popular destination for tourists offering beautiful scenery and many attractions.

“The market for luxury and leisure hotel assets continues to attract strong demand.”

Sandy Kennedy: Are entrepreneurs born or shaped by their habitat?

In 1906, at the age of 76, impressionist Claude Monet completed his masterpiece Water Lilies after perfecting his craft over the previous 70 years. Meanwhile, Andy Warhol and Frida Kahlo were doing their best work 50 years younger in their twenties and thirties.

In music, Mozart composed his first concerto at the age of five, but Verdi composed Aida at 56 and other acclaimed masterpieces at 80.

Ian Kinnaird: Scotland’s wind revolution can be the envy of the world if the infrastructure is delivered

When I joined the electrical industry about 25 years ago as a graduate mechanical engineer, I vividly remember building a small team of engineers that grew from coal installation and operation of wind turbines.

In the years since, renewables have continued to grow, but last month’s Crown Estate auction showed that Scotland still has much more wind potential.