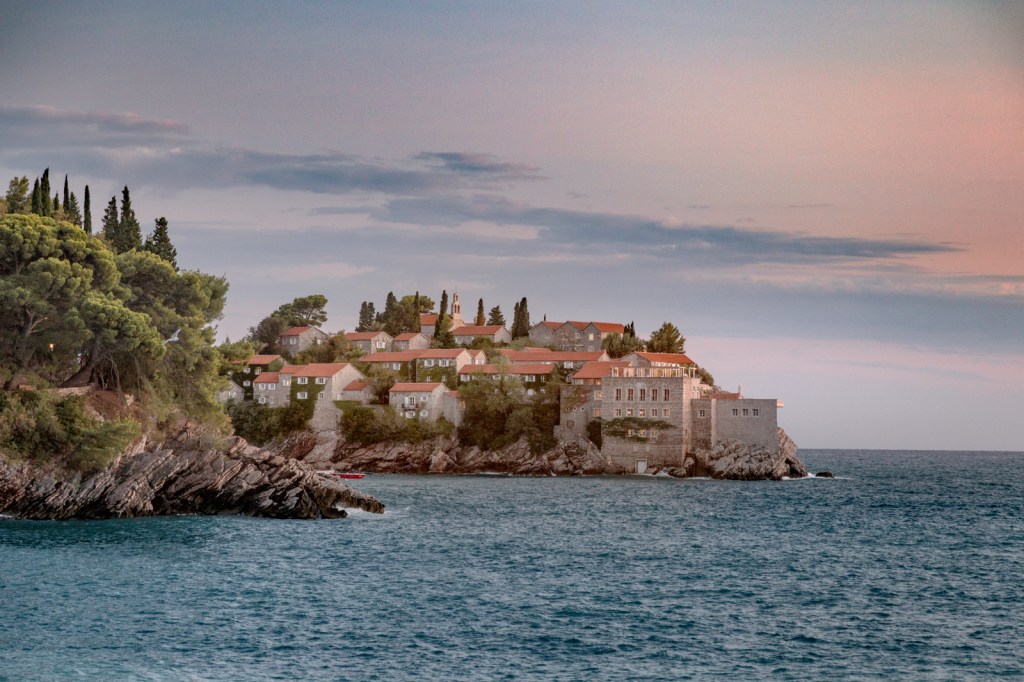 MILAN — From isolated islands off the coast of Montenegro to remote regions of Italy, the most insidious twists and turns from the French Alps to the Portuguese countryside — the most remote hotels in Europe are often also the most luxurious.

These remote locations can be hard to reach, but for those looking for an exclusive and unusual vacation, they offer tranquil and beautiful getaways.

Here, WWD explores some of Europe’s most secluded five-star hotels that promise exceptional and unforgettable experiences.

What could be more isolated than a 14th century monastery converted into a hotel and located in the Umbrian valleys of Italy?

This is the case of Eremito, which translates as hermit, a hotel located in Parrano, 40 minutes by car from the nearest town, Orvieto, and surrounded by 3,000 hectares of protected nature reserve.

Founded and owned by Marcello Murzilli, the structure is known for being the first digital detox hotel in Italy. It doesn’t have internet, business centers, minibars, or TVs, and is aimed at solo travelers only, offering single-bed occupancy exclusively. At Hotel Eremito, the main source of light comes from candles, and what little electricity the hotel uses is generated by an array of state-of-the-art photovoltaic cells.

The bedrooms – once used by the priests of the monastery – are insulated to stay cool without air conditioning in the summer. During the winter monthsthe rooms are heated with an underfloor heating system.

The restaurant, called “refectory”, offers simple cuisine based on traditional vegetarian and vegan recipes made from fresh vegetables and seasonal fruits, while the bread and pasta are all homemade, as are the jams and desserts. Dinner is eaten in silence, with the other guests around a large common table. During the summer, you can dine on the outdoor terrace.

Similar to Eremito, the Refuge de la Traye is nestled in a haven of nature, in the heart of the three valleys of a ski area, and located at an altitude of 1650 meters in the French Alps. Built in 1982, the structure was originally a mountain lodge and was renovated into a luxury resort destination in 2019. It offers just six rooms and suites, which creates a private, intimate, and warm ambiance.

There is a wellwellness center, a sauna, a hammam, an outdoor jacuzzi, a fitness room, a herbal tea room, a lounge and a cigar room, an indoor children’s playroom, a projection room, a chapel and two small pavilions available for reservation.

The hotel restaurant, La Table, offers Savoyard specialties such as raclettes and fondues during the colder seasons, and fresh vegetables and wood-fired pizzas during the summer.

Located on the terrace overlooking the Alps, the restaurant is one of the most breathtaking features of the luxury inn.

Surrounded by green countryside and vast ocean beaches in Portugal’s Alentajo region, Hotel Casa na Terra is located near the artificial lake of Monsaraz. It is unique, resembling an alien train station or a luxury bunker hidden by vegetation: only the dome and the patio are visible from the outside, minimizing the impact of the building on the landscape or the view.

With only three suites, each with a private and bright patio and a fully equipped kitchen, this structure is a place where visitors rest, thanks to the minimal style of the hotel in neutral colors such as white, gray and beige .

Casa na Terra has only one common area, which acts as the heart of the hotel, as meals are eaten in guest rooms.

Aman, one of the largest luxury hotel chains, offers an upscale accommodation experience on a small island off the coast of Montenegro.

Aman Sveti Stefan is located on the island of Sveti Stefan and is connected to the mainland by a narrow isthmus. The restored village lies across the bay from Villa Miločer, a former royal retreat. The hotel grounds span 80 acres, with two miles of beaches and a stand-alone Aman Spa.

The hotel has 51 rooms, cottages and suites connected by stone steps and cobblestone paths. Restored dwellings feature hand-rendered stucco, stone and local oak, in keeping with the village’s rustic heritage, with sea or garden views.

Aman Sveti Stefan also offers two restaurants, in addition to the grill bar and pool bar. L’Arva, the structure’s main restaurant, is only available for dinner.