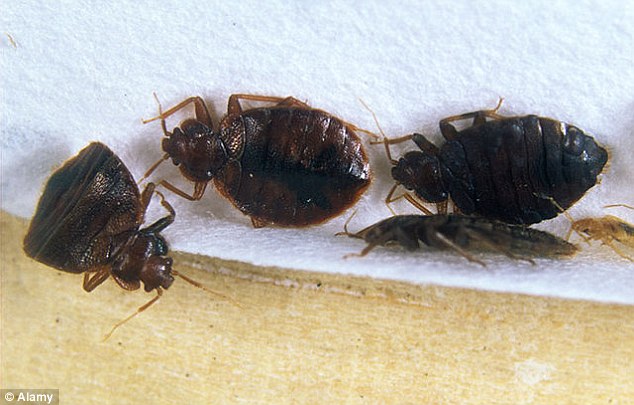 Tourists visiting some of New York’s most prestigious hotels have reported being bitten by bedbugs despite their five-star surroundings.

Guests of the Waldorf Astoria and Marriott Marquis hotels are among those affected by the infestation. Reports of bedbugs in city hotels have jumped 44% in the past year.

According to the Bed Bug Registry, which lists reports of suspected incidents, there are nearly 6,000 incidents in their databases relating to New York City. 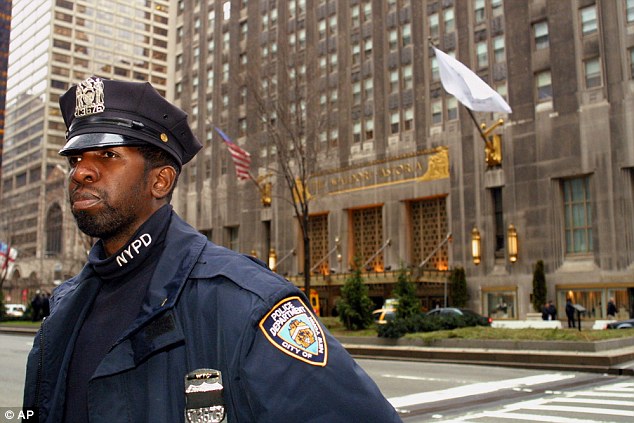 Guests of the Waldorf Astoria, pictured, have reported uninvited guests in their rooms during stays

The registry said reports of infestations increased by more than 44% between 2014 and 2015.

According to reports, it’s not just cheap motels that rent rooms by the hour that are affected by unwanted guests.

A couple who were staying at the Astor on the Park hotel overlooking Central Park posted a video on YouTube of their bedroom mattress at $ 400 a night.

According to the New York Daily News, 176 hotels that are among the 272 members of the Hotel Association of New York City have been the subject of bedbug reports.

Lisa Linden told the newspaper: “Bedbugs are a global problem that extends beyond hotels. Every member of the Hotel Association of NYC that we know of has an active program in place to fight it. bed bugs. If a problem does arise, it is treated immediately and effectively. ‘

A spokesperson for the Marriott Marquis said: “We take all reports made by guests directly to the hotel very seriously. It is not possible to prevent bed bugs from entering a hotel, account given the nature of their introduction (via customers’ luggage and / or clothing).

â€œProactive measures against the presence of bedbugs should include a routine inspection of guest rooms and appropriate training to identify signs of a possible presence.

â€œMarriott has the utmost concern and respect for the experience of every guest. We take the hygiene and cleanliness of the hotel very seriously. As a result, Marriott has set very strict cleanliness standards for all of its hotels that meet or exceed public health department regulations, including pest control.

“In the unusual event that we are made aware of a problem, we will respond immediately to the situation and take appropriate action to remedy the problem.”

According to experts, there has been a major resurgence of bedbugs over the past two decades because the bugs have become resistant to insecticides.

Scientists have identified genes responsible for their resistance to insecticides, genes involved in alleviating the traumatic effects of their copulation mark, and anticoagulant genes useful for an insect that uses blood as its sole source of nutrients and water.

These genetic traits may present vulnerabilities that could be exploited with future insecticides. The genome is also home to many genes from bacteria, including one that helps bedbugs metabolize vitamin B. This indicates that antibiotics targeting bacteria beneficial to bedbugs could be used to control insects.

During mating, male bed bugs stab a V-shaped area of â€‹â€‹a female’s abdomen with their sickle-shaped genitals. Females have genes that control a protein that makes this part of their anatomy stronger and better able to resist this rough sex.

Adult bed bugs are about a quarter of an inch (5mm) tall and are reddish brown.

Their bites are not known to transmit disease, but some people have very strong allergic reactions, said Christopher Mason, geneticist at Weill Cornell Medicine.

Joshua Benoit, entomologist at the University of Cincinnati, said, â€œBedbugs hide in various places in a house. Usually, they will be on the seams of sofas and beds or hidden in the frames of furniture. They have been found in electrical outlets, in drawers, or where floors and walls meet.

Bed bugs, found on every continent except Antarctica, have been biting people for thousands of years. Widespread use of insecticides in homes after WWII wiped them out from many areas, but bed bugs have rebounded by developing resistance to pesticides, thriving in heated homes, and hitchhiking in luggage. during international travel.

A recent report published in the journal Nature Communications found that scientists have produced a genetic map showing where different bedbugs come from.

These luxury motorhomes are like five star hotels on wheels