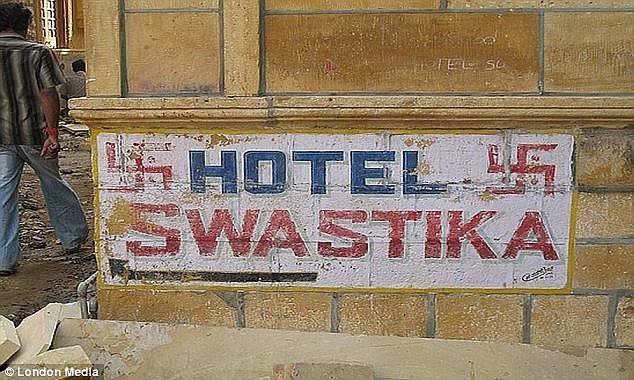 Scandic Hell is the world’s most misnamed hotel accommodation

For example, a hotel called Scandic Hell may not be very appealing to some. Likewise, tourists could be forgiven for doubting the standards of the Terrible’s Hotel in Las Vegas.

Here are some of the less attractive name hotels in the world.

Despite its dubious name, for westerners, the Indian hotel has had positive reviews on TripAdvisor

Staying in a hotel based on the Nazi regime’s appropriated symbol of Adolf Hitler may not be high on your list.

At least not if you are from the West. The Swastika Hotel in Jaisalmer, India has a respectable TripAdvisor rating of three and a half stars.

One member called it a “wonderful, warm place to stay” and wrote in their review that the property was a peaceful place with a good location just outside the fort and was very good value for money.

In India, the swastika is used to represent good luck in many religions practiced in India – Hinduism, Buddhism, and Jainism. It takes its name – meaning “it is good” – from the Sanskrit language in which Hindu religious texts were written.

Many Hindus traditionally painted the swastika symbol on their doors during festivals to welcome the gods inside.

The Moron Hotel in Buenos Aires, Argentina first opened in 1974.

From ‘senior rooms’ with private bathroom to the option of sleeping in economy class bunk beds, the hotel offers a range of options to suit all budgets.

There is an explanation behind this unusual name, as the establishment is located in the heart of the town of Moron. 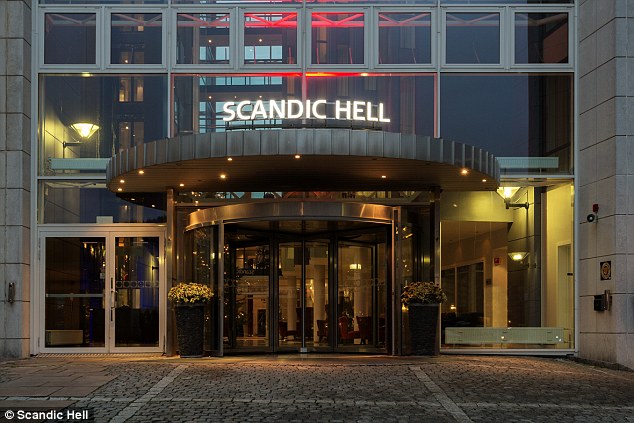 Far from Hell: This Norwegian hotel takes its name from its city, Hell, rather than the quality of the stay

Now with an equally entertaining title, Scandic Hell, the hotel is one of Norway’s largest meeting and conference hotels, located just 30 km from Trondheim.

The hotel takes its name from its location in the city of Hell.

In addition, the town also has a fun sign at the train station that says “Hell – Gods Expedition”. 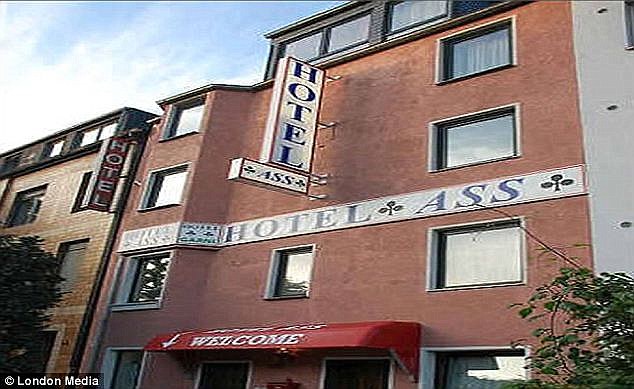 If you can get past the unconventional name, the Ass Hotel in Germany is actually located just a minute’s walk from the Hohenberg Frankfurter Strasse metro station in Cologne.

The location in Germany’s fourth largest city might mean some don’t mind the foul name. The fact that all rooms have a TV and a private bathroom could also tip the doubts.

A reviewer on Holiday Check rated the hotel four out of five stars and described the Ass Hotel as a “very comfortable little hotel”. 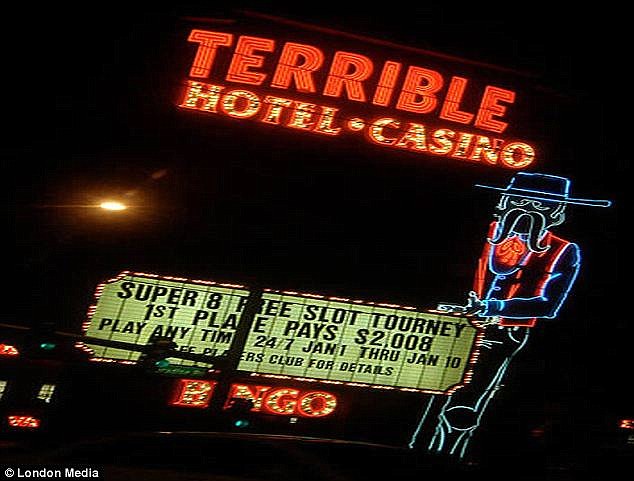 The Terrible’s Hotel includes luxuries such as a Jacuzzi, free shuttle service, valet parking and express check-in and check-out. And has in fact been renamed

Terrible’s Hotel in Las Vegas is not really a gamble.

This is a three-star accommodation that includes some luxuries such as a jacuzzi, free shuttle service, valet parking and express check-in and check-out.

The hotel was actually renamed after a takeover by Silver Sevens Hotel & Casino.

Although it looks like a small growth, the Wort Hotel in Wyoming is actually a four-star property with a 4.5-star rating on TripAdvisor.

The Wort Hotel has been well known in the area since 1941, when John and Jess Wort fulfilled their father’s dream of opening Jackson’s first luxury hotel. 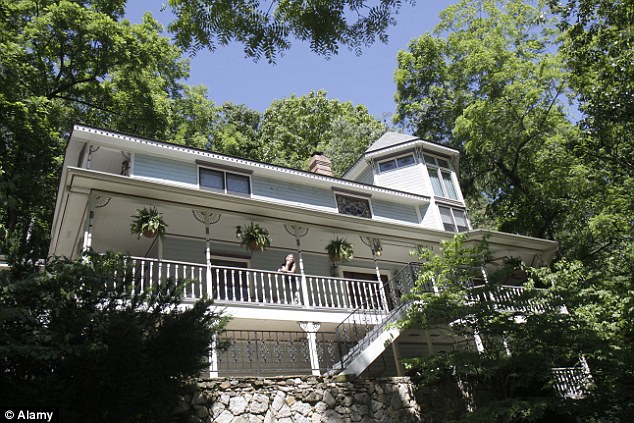 The Arsenic and Old Lace may sound dark, but it’s actually a nod to Joseph Kesselring’s 1939 play, which bears the same title.

When looking for words that describe your perfect trip, a hotel with a poisonous connotation may not be at the top of your list.

However, Arkansas’ Arsenic and Old Lace prides itself on being a peaceful Queen Anne Victorian-style getaway, perfect for a break for honeymooners.

Theatergoers will understand that the name is a nod to Joseph Kesselring’s 1939 play, which was adapted into a film starring Cary Grant. 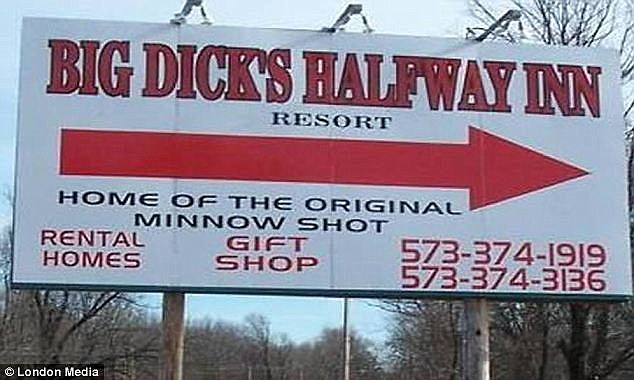 Not strictly a hotel, but still open to the public, this central Missouri destination is a waterfront restaurant, bar, and gift shop.

If you can get past the comedic name, guests can enjoy a view of the waters of beautiful Lake of the Ozarks. 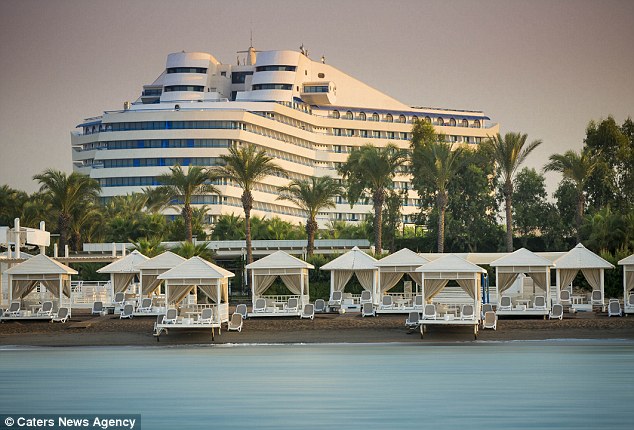 A Turkish company created the Titanic Hotel, which aims to recreate the glamor of the impressive ship, which tragically sank in the North Atlantic Ocean on April 15, 1912.

Aligning a hotel with one of the most tragic events at sea was a bold move on the part of a Turkish company.

He created a hotel that aims to recreate the glamor and vastness of the Titanic, which tragically sank in the North Atlantic Ocean on April 15, 1912 after colliding with an iceberg on its maiden voyage.

Guests can stroll the replica decks of the all-inclusive Titanic Beach Lara and re-enact the ‘King of the World’ scene near the railings from the movie starring Leonardo DiCaprio and Kate Winslet. 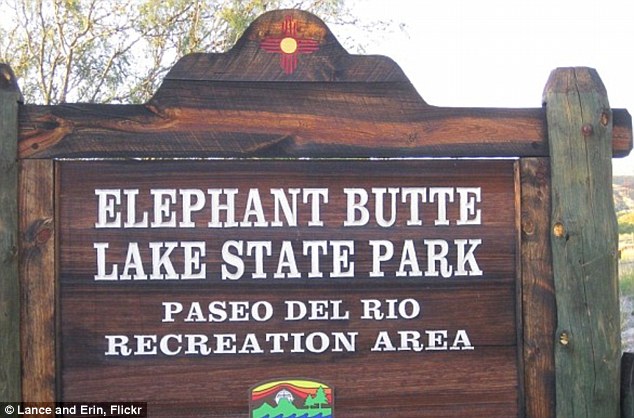 While you might think twice before staying somewhere that looks like an animal behind, there is a logical explanation for how the Elephant Butte Inn earned its name.

It refers to a volcanic cone that slightly resembles the silhouette of the animal in the middle of a reservoir that is a popular vacation spot in the state of New Mexico.

The hotel is located in a town that has one of the largest lakes in New Mexico, which offers water sports and fishing for guests.

Finally, there is Anu’s Lodge in Chennai, India.

Never has an apostrophe been so vital. 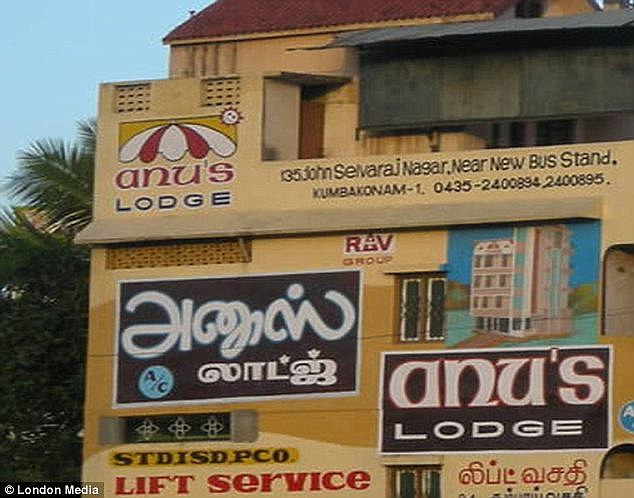 Ringing for a reservation: it’s a good thing that the owners of this hotel are well educated in punctuation

Most affordable hotel accommodation is in Pune, find out the most expensive place for Indians for overnight stay

Government to spend GH ¢ 470,000 on hotel accommodation in Akufo-Addo for its next…

Hotel accommodation for migrants will cost up to £ 70million this year