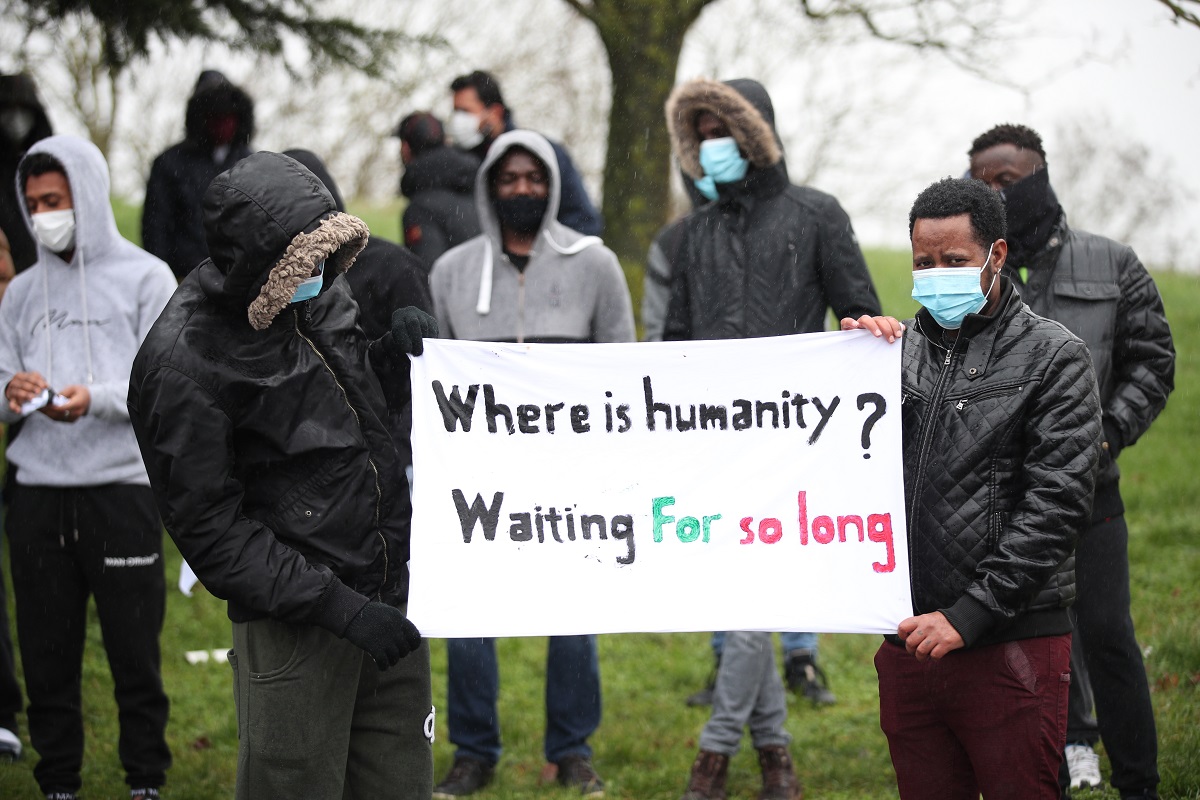 The “dehumanization” of refugees in temporary hotel accommodation

It’s something we all take for granted – at least a good pair of shoes. Without proper footwear we couldn’t do our daily walk, a staple in times of a pandemic where we have had to endure months of lockdown. We couldn’t take the bus, attend a medical appointment, or do daily activities. We ended up with dirty, cold, sore, and swollen feet.

Yet for those seeking asylum in temporary hotel accommodation, this has been all too common throughout the pandemic. And it wasn’t just shoes, many asylum seekers didn’t have coats or a change of clothes. Most of them arrived in the UK, having fled war and persecution, literally with their clothes on their backs. You don’t have the luxury of packing a suitcase when fleeing civil war and terrorism, you just use whatever means of escape you can, hoping that you somehow survive and find a safe and welcoming country where you can offer your skills and have a chance to rebuild your life.

The UK should be a safe and welcoming country for asylum seekers. As the fifth richest country in the world, we certainly have the resources to provide the very basic level of support asylum seekers need to survive while their claims are processed.

The Minister of the Interior repeatedly insists that “fairness” is at the heart of the government’s asylum policy. Yet we have found that people are treated with a lack of compassion and humanity in temporary hotels, where asylum seekers are increasingly accommodated as the pause on deportations temporarily saturates the support system for refugees. asylum seekers. Take, for example, the single mother whose three children were unable to eat the terrible food given to them in hotels, which led to one of her children being hospitalized. Or the man with underlying kidney problems and insufficient access to safe drinking water. For them, their treatment is far from fair.

The Refugee Council has been supporting people who have been in hotels for over a year, and they told us that the lock-up looked like prison and that they felt â€œabandoned and forgottenâ€. Deterioration in mental health is common, with people self-harming and having thoughts of suicide. This is unfortunately not surprising, given what they had to endure.

After fleeing trauma and violence in their home countries, and often in transit to the UK, they were placed in low budget hotel rooms, usually in the middle of nowhere, with no kitchen facilities . Many do not have cell phones, a change of clothes, and very limited access to health care and legal advice. They are prohibited from working, so there is nothing they can do to improve their situation.

This is not “World Britain” we want to see, with people stripped of their dignity to such an extent that they consider suicide. We can do better than that.

A fair asylum system, where people are treated humanely while they wait for their claim to be processed, is not difficult to implement. This does not mean that people live in luxury; rather they have access to basic things like a pair of outdoor shoes, access to a GP, and food that meets their nutritional needs. No one should suffer because they have no money and therefore cannot buy bandages or a packet of paracetamol.

At a time when the government is consulting on its new immigration plan, which proposes to build reception centers where all asylum seekers will live while awaiting a decision on their application, it should look into the errors that have occurred. committed during the pandemic. As the Windrush Lessons Learned report states, it is essential that, when making decisions, the Home Office sees the â€œface behind the caseâ€. Those who have sought safety in the UK must be able to live in safety, good health and treated with dignity.