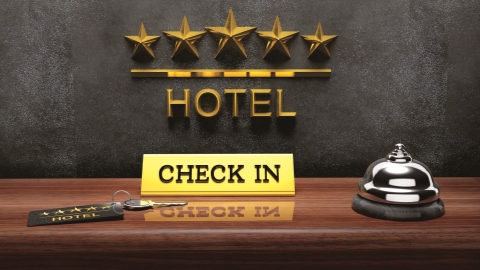 The rise and rise of five-star hotels

Thirty years ago, five-star hotels, mostly Chinese, were mysterious places behind bling-bling walls, open only to foreigners or the wealthy. Today, however, it is no longer a problem for citizens to have a casual Sunday brunch, enjoy afternoon tea, have a birthday party, or celebrate important birthdays. in a luxury hotel.

In 1986, the opening of the Huating Hotel, the first luxury hotel in Shanghai after China’s reform and opening up, opened a new chapter for the city’s quality hotel industry. Huating, to almost everyone in Shanghai, meant something extraordinary and fabulous. Its spiral staircase, tourist elevator, indoor fountain, rooftop restaurant, and taxis waiting outside the entrance have opened up a whole new world to Chinese people.

A year later, the Hilton with its interior garden, zigzag bridges and beautiful Christmas decorations stole the show as the city’s first official five-star hotel and the tallest tower at the time.

From 1990 to 1997, Portman became a new landmark with its majestic space, pioneering bold red decor, arch, bridge and waterfalls as well as an underground supermarket, making it the premier resort mixed use of the city. In 1998, the Ritz-Carlton took over Portman and became China’s first Ritz-Carlton hotel. 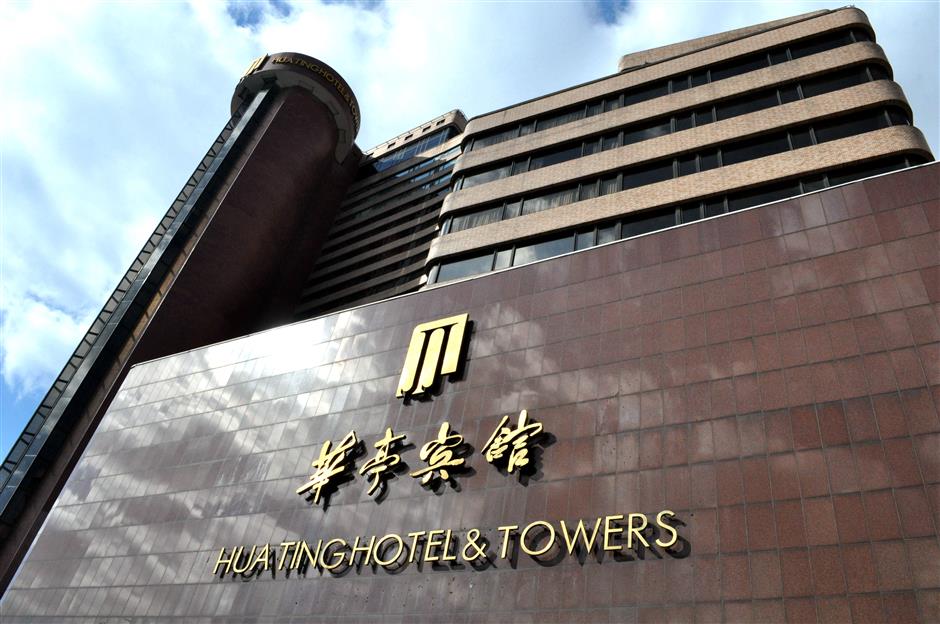 The Huating Hotel, opened in 1986, is the first luxury hotel in Shanghai after China’s reform and opening up. 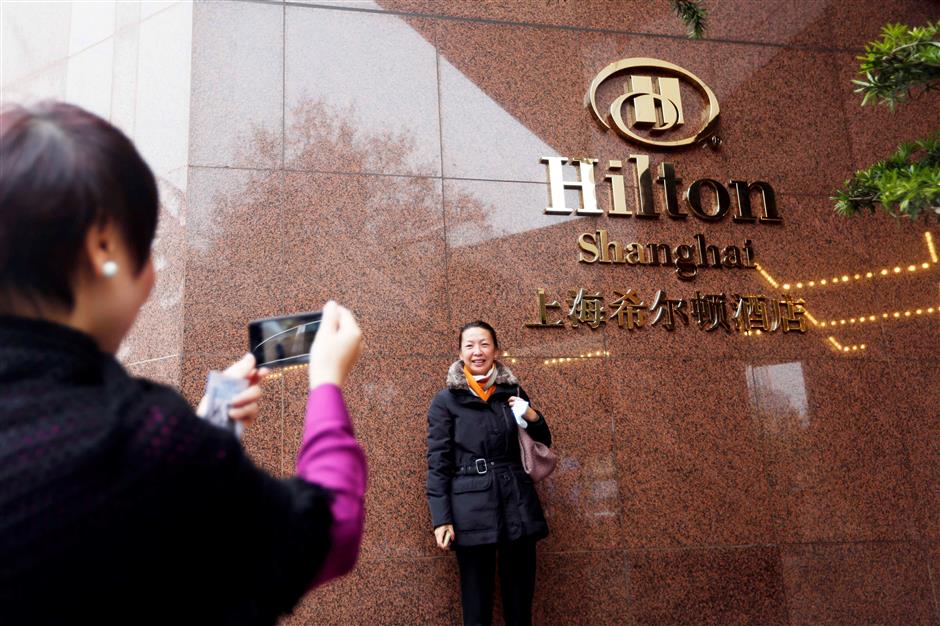 Tourists take pictures of themselves in front of the plague at the Hilton Shanghai before its rebranding at the end of 2017. It was the first of a generation of five-star international hotels in China that opened in the 1990s.

Just steps from Nanjing Road W., JC Mandarin opened in 1990, wowing guests with its seafood buffet and a five-story mural of Zheng He (1405-1431) travels to Africa. The hotel was built on the original site of the Mandarin, Shanghai’s best dance hall in the 1930s.

Pudong Shangri-La, opened in 1998, was the prelude to many five-star hotels on the east bank of the Huangpu River. The hotel’s mega meeting room and luxurious rooms with breathtaking views of the city skyline, the river or the Bund were a wise move by forward-thinking boss Robert Kuok. As the River Wing’s 575 rooms did not meet the growing demand, the hotel subsequently installed the Grand Tower, which offered 375 additional rooms.

Crowning the prestigious 88-story Jin Mao Tower, the Grand Hyatt Shanghai was an iconic landmark in the center of Lujiazui’s business and financial district. Its opening in 1999 was a big event, drawing lines of guests to the check-in counter who wanted to experience a night’s sleep in what was at the time the tallest hotel in the world.

The start of the 21st century saw another wave of five-star hotels with the Four Seasons, St Regis, JW Marriott, and Westin Bund Center on the west bank of the Huangpu River.

Around the 2010 World Expo in Shanghai, there was another hotel boom, and the Bund was the main battleground. The Peninsula opened in 2009 as the last modern Art Deco architecture on the Bund in the past six decades. His afternoon tea was so popular that it was difficult to sit down ahead of time.

A year later, the Waldorf Astoria opens at the southern end of the Bund, mixing history and culture, West and East, new and old. A new version of Peacock Alley connects the new tower and a 1911 building, painstakingly using photographs and archival material while outfitting it with contemporary luxury as a modern travel experience.

In 2018, a slew of five-star hotels competed to open one after another, such as the InterContinental Shanghai Wonderland (the only hotel in the world built in a disused quarry), Amanyangyun which features displaced old trees from Jiangxi Province and carefully relocated old brick-by-brick villas from Fujian Province, as well as Shanghai Edition which attracts streams of web celebrities to take photos.

The Shanghai Daily spoke to four five-star hotel insiders who have been participants and witnesses to the city’s hotel industry over the years. 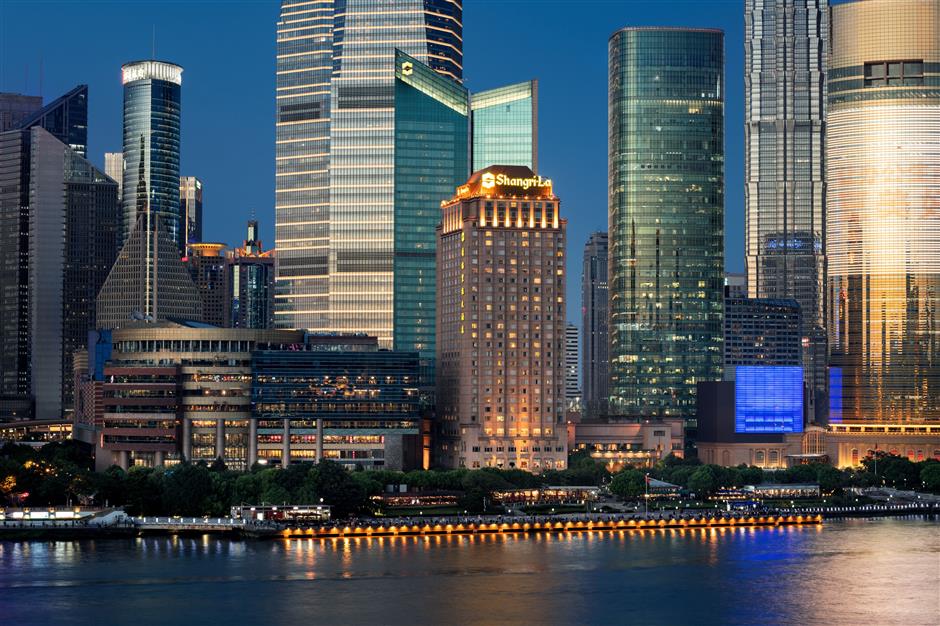 Pudong Shangri-La, opened in 1998, was the prelude to many five-star hotels on the east bank of the Huangpu River.

Sterkau came to Shanghai 14 years ago as Resident Manager to open Marriott’s first five-star hotel, the Marriott Shanghai Hongqiao. Today, the hotel group has four five-star hotels and one four-star hotel in the city.

â€œThe hotel facilities have been dramatically improved over the years and guests expect more today,â€ said Sterkau. â€œIt is very difficult for a hotelier to maintain the facilities and services to the demands of the customers because the competition is obviously quite fierce. If one hotel brings something new to the market, the customer will ask for the same in the other hotel. This is the biggest hurdle the hotel industry faces in China when it comes to hardware.

China has been by far the hottest hotel battleground in the world, and Shanghai is its center. And there’s probably no end to the fight to be the best and the newest, as another influx of five-star hotels will arrive in the next five years.

With the incredible boom in domestic travel in recent years, China still has room for more five-star hotels.

â€œHowever, I think we are saturated when it comes to maintaining rates, and that’s not good,â€ Sterkau said. The rates for a five-star hotel haven’t changed much from 14 years ago and are much lower than in other major cities around the world.

“So it is not an easy task now in Shanghai because we have strong competition, demand for higher wages and lower market prices,” he said. 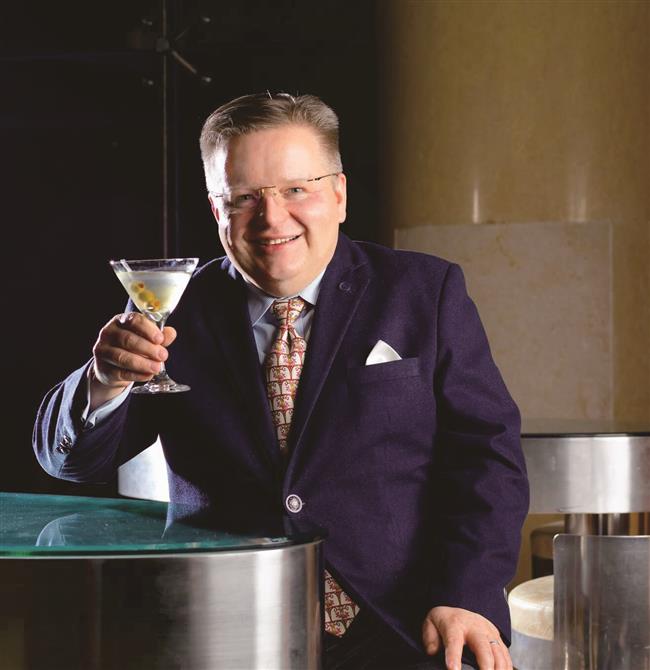 Working in the hospitality industry for about 20 years, Mei has worked for many five star hotels in Shanghai. â€œTo a certain extent, I grow up with the industry,â€ he said.

Room service in five-star hotels changes over time. The blankets have been replaced by down and feather quilts; a king-size bed receives more orders than twin beds; coffee machines, humidifiers, dehumidifiers and air purifiers have become essential.

As the needs are more varied and the clients increasingly sophisticated, Mei’s team even provides the Koran and the Bible. In addition, the W Shanghai is the only five-star hotel in the city center to offer rooms that allow guests to bring their pets.

Room service requests are more frequent these days, and sometimes customers ask for too much. Once a customer asked the hotel to clean the air conditioner and pipes before check-in. â€œIt was overkill actually, but we did it anyway because we would do our best to meet the needs of the customers,â€ Mei said.

Mei has participated in many of the city’s iconic luxury hotel openings, such as the tallest Grand Hyatt Shanghai on the Jin Mao Tower, the Westin, the Indigo, and the W Shanghai – The Bund.

â€œI love opening new hotels,â€ Mei said. “It was tiring but with a great sense of achievement, like giving birth to a baby.”

Mei is very impressed with the rapid changes on both sides of the Bund over the past two decades. â€œWhen I was at the Grand Hyatt in 1999, there was only the Oriental Pearl TV tower nearby. The Lujiazui area used to be a big construction site, but now there are skyscrapers everywhere, â€he said. 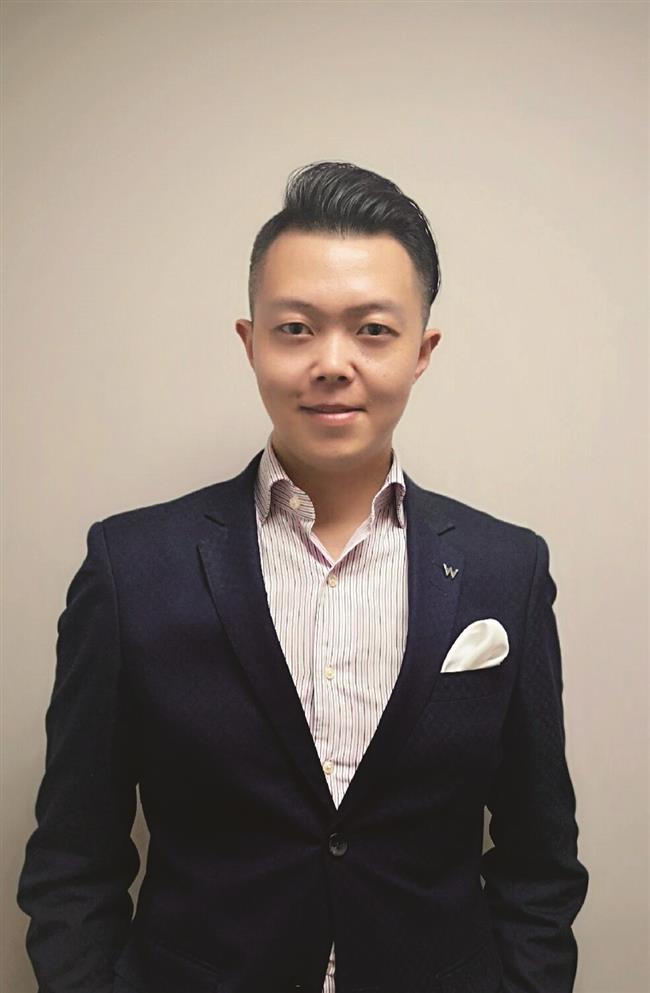 Cai entered the industry in 1998 as an intern at the Portman Business Center, the first and only 24-hour hotel business center at the time.

â€œLaptops weren’t popular, let alone WiFi. It was in the days of slow dial-up Internet, faxes and long distance calls, â€she recalls. â€œSo a business center was the absolute center of a hotel.â€

Today, however, WiFi is everywhere and people are using smartphones and laptops. â€œA business center has gone from being a revenue-driven department two decades ago to something of little value these days,â€ Cai said.

Technological advancements are also bringing big changes in the way hotels are promoted. In the past, print media such as magazines and newspapers were the main form of advertising.

Today in the digital age of new media, promotion channels are more diverse, from websites and mobile screens to various social networks and internet celebrities. â€œCustomer requests and feedback are instantaneous and require us to respond immediately,â€ she said. 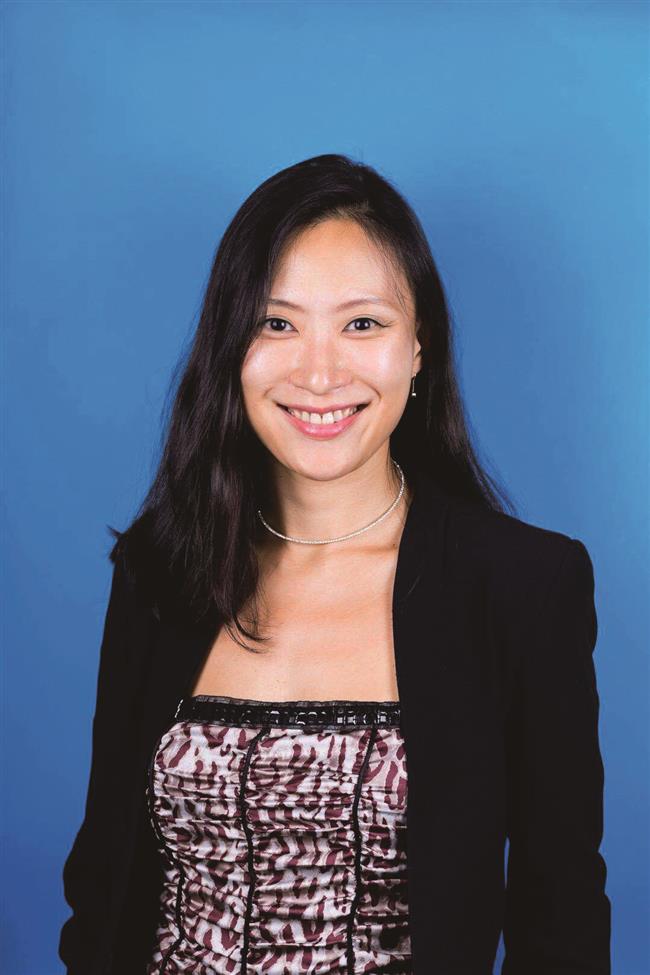 Chinese master chef at the Hyatt on the Bund

Gastronomy in a five-star hotel, for today’s Chinese, is no longer a luxury.

â€œAbout 10 years ago we had more foreigners, but now there are more local guests in our Xindalu-China kitchen,â€ Du said. â€œIt’s a pretty common thing for them to have family dinner or Sunday brunch here.

More customers puts greater pressure on catering to five star hotels because it is losing ground compared to other fine dining restaurants.

â€œPeople have more choices. Our competitors are not only hotels, but also restaurants, â€said Du.

â€œThat’s why we strive to update new menus and launch activities every week, month and season. “

At the same time, the needs and tastes of diners are becoming more and more sophisticated.

â€œMost of the guests were here to enjoy our food and service many years ago, but today they come to demand and judge as more and more Chinese are knowledgeable and experienced,â€ said the chief. “But I think it’s a virtuous circle that drives us to do better when it comes to food safety and the culinary experience.” 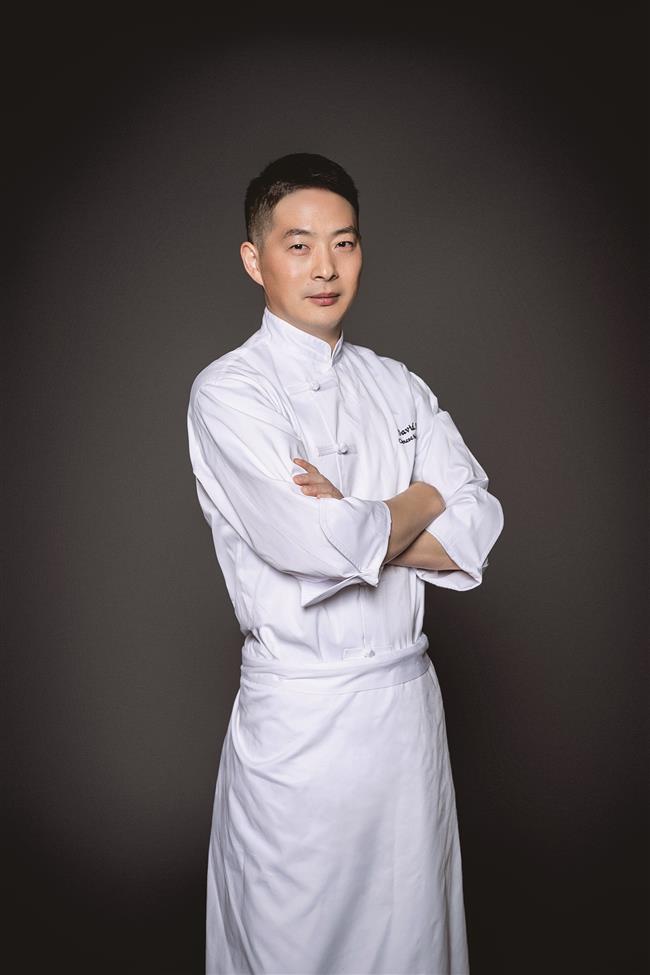 David Du, Chinese master chef at Hyatt on the Bund

“There’s Only One Room Left”: Why Hotel Booking Sites Are Untrustworthy